"Politics, Popular Culture and the 2011 Egyptian Revolution" is a digital archive documenting the 25 January 2011 uprising and its aftermath through the prism of popular culture. It has been designed for both researchers and students interested in the 2011 Egyptian revolution, as well as contemporary Egypt and the relationship between politics and popular culture more broadly.

From pop music to graffiti to satirical TV shows, popular culture played a vital role in articulating political meaning 'from below' in the wake of the 25 January 2011 uprising. The archive includes a wide range of Egyptian popular cultural texts and seeks to create a greater understanding of the significance of the 2011 uprising and its aftermath for everyday Egyptians as well as the relationship between politics and popular culture in a revolutionary context.

Rather than limiting itself to documenting those popular cultural texts that were ‘popular’ in the sense of being widely consumed or consumed by ‘ordinary’ people, this archive includes a wide range of cultural texts that, in some way, have sought to define who are ‘the people’ and what did they really want, in the context of the 2011 Egyptian revolution and its aftermath.

In this way, the archive places 'the people' back at the centre of scholarly understanding of the tumultuous events after 2011, amidst official attempts to script a history-still-in-the-making and erase alternative narratives. 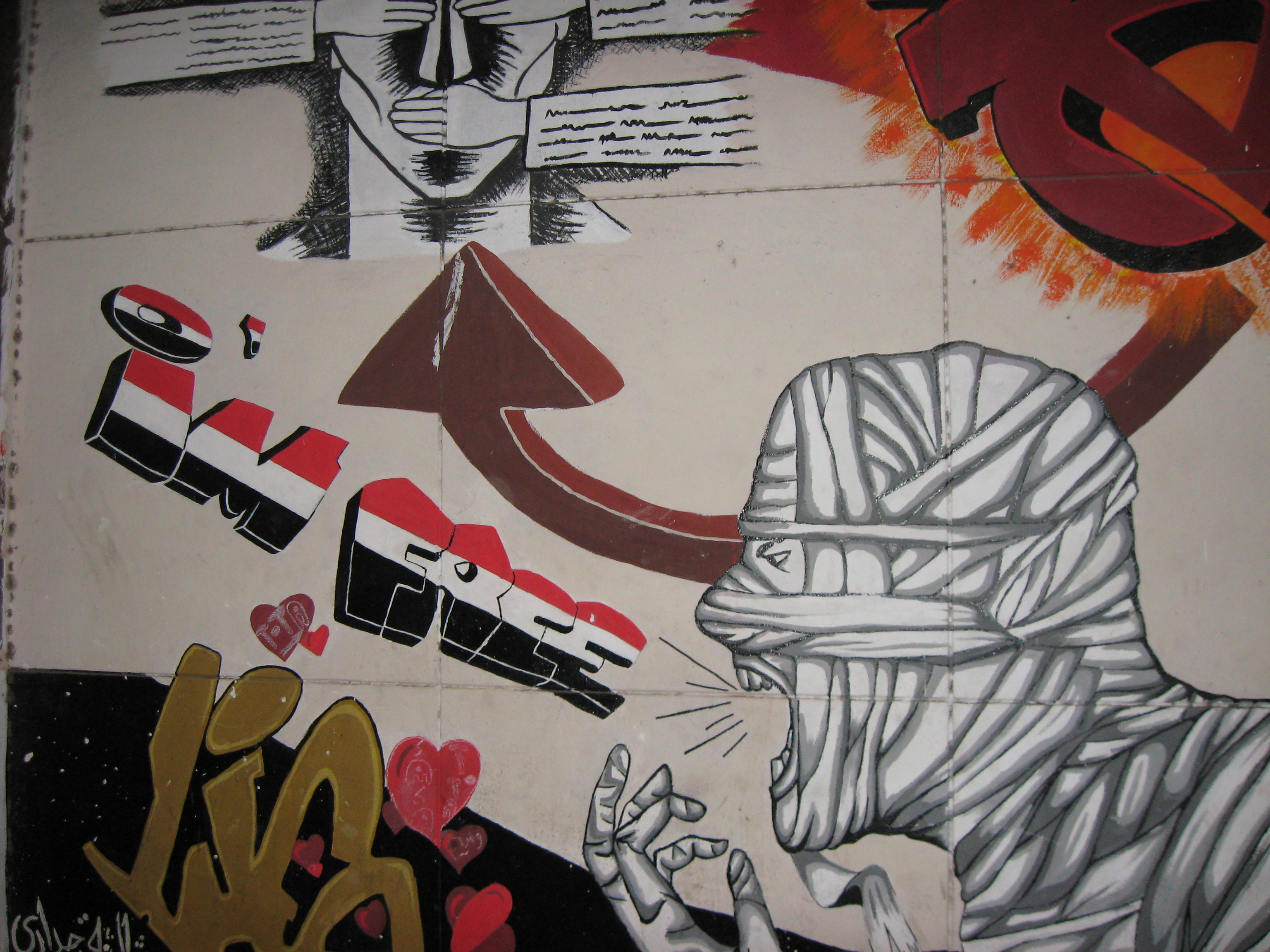 The archive mainly includes materials from 25 January 2011 until early 2019, with a handful of items predating 2011, selected because of their relevance for understanding the growing frustration of Egyptians in the period before the outbreak of the revolution.The end date for the archive merely reflects the end date of funding for the project underpinning the archive.

The website was built by the Academic Technology team of Warwick University Faculty of Arts and Humanities, with lead input from Steve Ranford and Ben Blackham and design concept by Creative Triangle. Research assistance was provided by Dominic Gozo and Mohamed El-Shewy. Translations were produced by Mohamed El-Shewy unless otherwise noted.

The archive, and the research underpinning it, were funded by a grant from the UK Arts and Humanities Council (AHRC), AH/N004353/1: ‘Politics and Popular Culture: Contested Narratives of the 25 January 2011 Revolution and its Aftermath’, June 2016–January 2020.

Original website content is published under a Creative Commons licence (BY-NC-ND), which allows others to download the content and share it as long as the author is credited, but does not allow others to change the content or use it commercially. This archive reproduces media and links to content from other sources (not original website content) and cites the relevant source where known. For re-use of content from other sources, either license information should be sought from the source or ensure that they are covered by appropriate exceptions to copyright.
In the event that you are the owner of the copyright of any of the material on this website and do not consent to the use of your material in accordance with the terms and conditions of use of this website, please contact us, via the 'Contact Us' form, providing an email address for correspondence.

Many thanks to the following individuals for accepting our invitation to review an earlier version of the site and providing thoughtful and constructive feedback:

However, the website curators are responsible for any errors and/or omissions. If you find any errors, please contact us via the online form.