Following the success of his satirical YouTube show B+, Bassem Youssef was offered a weekly show with TV network ONTV. Youssef's show came to be one of the most watched TV shows in the Arab world. He was forced off air and forced to flee the country after the July 2013 military coup.
This episode is the first substantive discussion of the Egyptian revolution. It features: Neguib Sawiris (owner of ONTV) and a spokesperson from the Wasat Party.
Further episodes from this season available on YouTube. 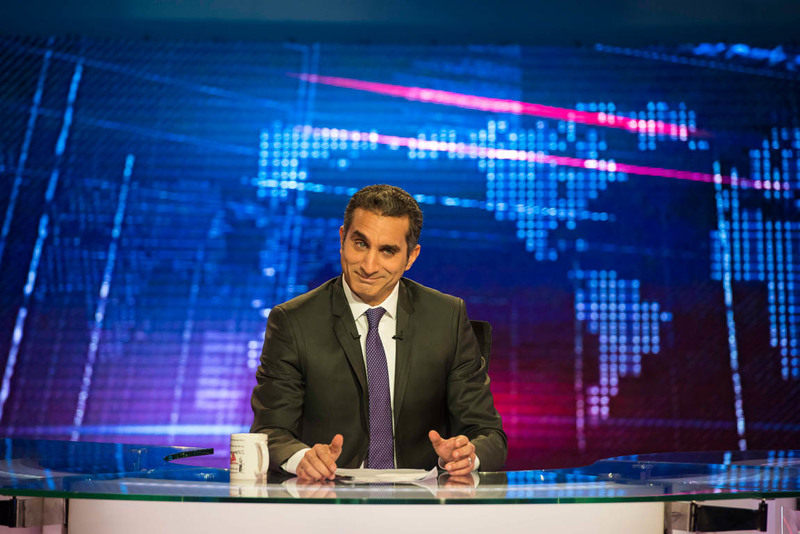