In this clip, the much loved vernacular poet Ahmed Fouad Negm celebrates the revolution during its early days. Throughout his life, he wrote many poems about revolution, and at last he felt that his dreams were coming true with Egyptians going out onto the streets demanding justice, freedom and human dignity. Here, he is prompting Egyptians, especially the young people, to go to the streets and demand change.
In the later part of the clip, he recites one of his famous poems which he wrote in the early 1970s when he was a political prisoner. The poem starts with these verses: "Good morning to the flowers [the youth] who are flourishing in Egypt's gardens". This same verse was the headline a few days later in newspapers, paying tribute to the young people who were martyred during the protests.
During the 18-day uprising, Al-Jazeera satellite TV station, which is based in Qatar, became widely-watched as the main TV station that was broadcasting the revolution. However, during the rule of the Muslim Brotherhood, many Egyptians came to hate the channel, viewing it as a mouthpiece for the Islamist group. After the July 2013 coup, the Egyptian arm of Al-Jazeera was banned and some Al-Jazeera journalists were imprisoned. 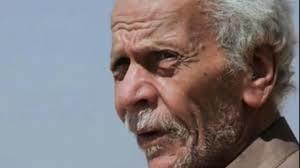