In this episode of the satirical show, El Bernameg, Bassem Youssef focuses on the difficulties of making satirical comedy in the midst of a violent and polarised political context. This is the first episode of the 3rd season for Bassem Youssef's show, which was aired on MBC Masr after CBC stopped airing it in October 2013.
The show was suspended in May 2014 because of the presidential elections. However, in June 2014, Youssef announced that the show had been cancelled due to pressure on the broadcaster. Soon afterwards, he left Egypt to live in the US.

*Bassem Youssef here makes a play on the word "raba'a", which means 'fourth', but also refers to Raba'a Al-Adawiyya, a Sufi saint with a Cairo mosque named after her, which Egyptians commonly call "Raba'a". The mosque was the site of large-scale pro-Mohamed Morsi protests in the wake of the 3 July 2013 coup and was also the site of a massacre by security and military forces seeking to clean the square of the protesters on 14 August 2013; hence Bassem Youssef’s reluctance to mention it. 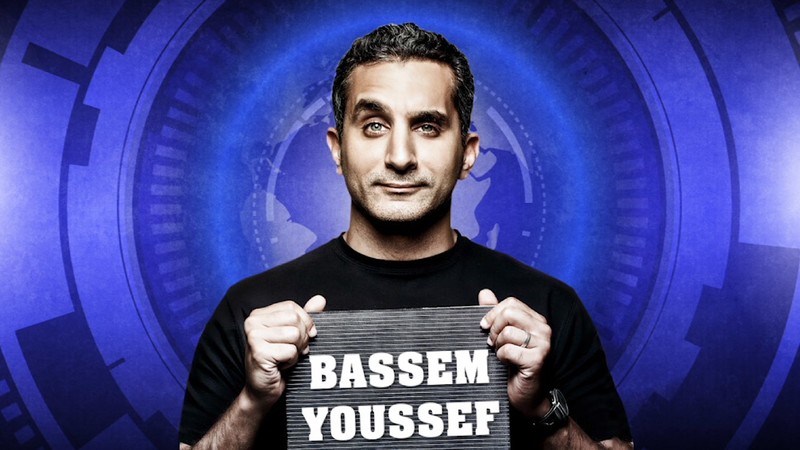