Dangerously funny? The emergence of political satire in the Egyptian revolution

Before 2011, Egypt had a long and established tradition of social satire. Meanwhile, political cartoons in newspaper, with a more limited audience, were considered the safest way to (indirectly) poke fun at state authority. The rupture created by the 2011 revolution created unprecedented possibilities for combining entertainment and political critique. An increasingly tech savvy ‘youth bulge’, combined with falling costs of home production and exposure to cultural influences from abroad, allowed for the emergence of Egypt’s first televised political satirist.

Now world famous, Dr Bassem Youssef began his professional career as a heart surgeon. When the revolution began in January 2011, Youssef went to the streets to provide care for injured protestors and became increasingly frustrated with the dissonance between what he was seeing on the ground and what Egyptian mainstream media were reporting. So he decided to tell his own story. 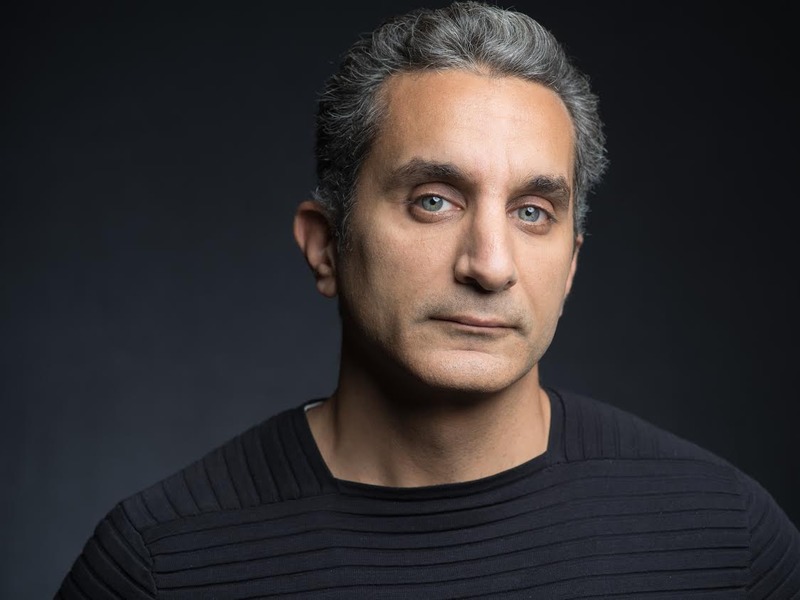 On 8 March 2011, collaborating with a friend, and based out of the laundry room of his apartment, Youssef uploaded the first 5-minute episode of a satirical sketch that he called ‘B Plus’ to YouTube. Youssef modelled his show on the American comedian Jon Stewart’s award winning, ‘The Daily Show’, which mocks mainstream news reporting. Within 2 days, he had 10,000 views and within 2 months, an incredible 5 million.

Building on this remarkable success, Bassem Youssef was quickly snapped up by TV moguls and launched the first politically satirical talk show in the Middle East, Al Bernameg (translated as ‘The Show’). It was widely lauded as the most watched programme in the history of Arab television and the first to be filmed in front of a live studio audience. In 2013, Time magazine named Youssef as one of the 100 most influential people in the world.

Youssef enjoyed the peak of his popularity after the election of Muslim Brotherhood President Mohamed Morsi, in June 2012, whose presidency provided easy fuel for satire. During Morsi’s first few months in power, Youssef was arrested for insulting Islam and the president, but such was his popularity and international acclaim that he was quickly released and left to continue his show. At one point, he was viewed by almost half the Egyptian population. Indeed, Youssef became a key influencer in the demonization of the Muslim Brotherhood, particularly after Morsi issued an unpopular constitutional declaration that concentrated power in the hands of the presidency. Al Bernameg frequently mocked Islamists for their threatening discourse whilst portraying Morsi as a weak and ineffective president, taking orders from the influential businessman and Muslim Brotherhood member Khairat al Shater.

The turning point for Youssef’s career came in July 2013, after the military removed President Morsi from power and quickly began to clamp down on all forms of political dissent. An episode mocking the army’s denials that they had removed Egypt’s first democratically elected president in a military coup enraged Egyptian audiences who regarded the military’s actions as enacting the will of the people. Similarly, his sketches portraying Egypt as a flirty young woman being courted by two suitors (one the military, the other Islamists) sought to equalize the two as equally oppressive, but was deemed vulgar and contravening Egyptian ‘decency’ by mounting critics of the show. Youssef soon realized that in this new political climate criticizing the army was a red line that could not be crossed. In 2014, he publicly announced that he could not pursue the show without fear for his family and his life and fled to the US where he now lives. The short-lived career of Egypt’s first political satirist seems emblematic of the twists and turns of the 25 January revolution and its aftermath.

Reflecting on his rapid rise and fall from grace in his 2017 book, Revolution For Dummies, Youssef considers the importance of his show for everyday Egyptian people. He writes that Egyptians ‘watched us because they saw hope in the show- hope to challenge long-standing taboos and authority, whether that authority came in the form of a beard, or a tank or a codger demanding, “Respect your elders.”’ In an interview, Youssef reminds us that ‘when you are laughing, you can’t be afraid.’ Laughing at authority simply takes away their power.

Ultimately the ability to laugh proved to be a crucial barometer of Egyptian freedom in the upheavals that followed 2011. Satire’s subversion of coherence, binarism and black and white morality, gave crucial expression to people’s voices and contestations during the Egyptian revolution. Youssef unsettled specific ideas about ‘the nation’ that had gone previously unchallenged in the mainstream public sphere, exposing the selectivity and contradictions of state narratives and his satire encouraged people to reflect on Egyptian culture and patriotism in novel ways. 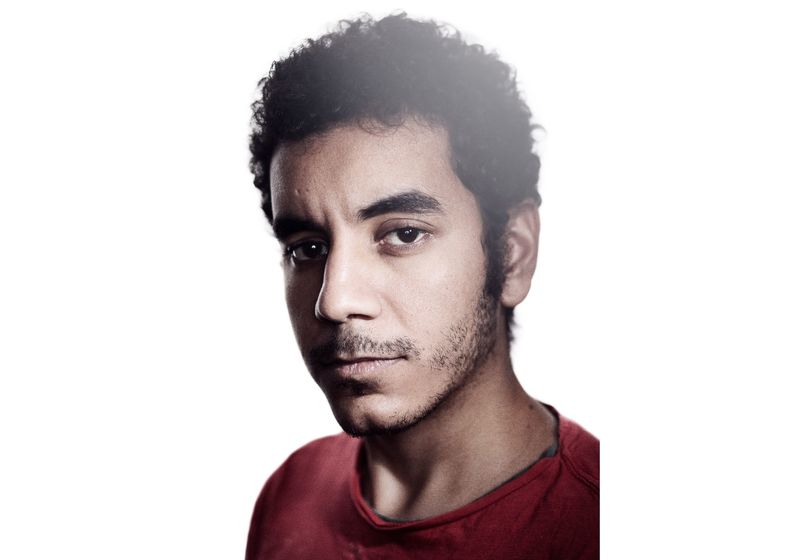 A range of satirical projects emerged within Egypt and the Middle East in the aftermath of 2013. Andeel, a cartoonist who worked on Al Bernameg, went on to publish a popular satirical series called ‘Big Brother’ on YouTube. Other influential satirists in Egypt have included Shady Abu Zeid, Abla Fahita and Atfal al Shawarea. Whilst these comedians steered clear of political issues, their social satire was often a sharp critique of Egyptian society and therefore even these attempts to challenge the status quo faced repression from the state: Andeel was forced to leave the country; Atfal al-Shawarea and Shady Abu Zeid were arrested and Abla Fahita was taken off air. The Sisi regime has shown it will not tolerate popular criticism in any form it deems threatening.

Beyond Egypt, Youssef’s influence has reached far and wide. Using a format more similar to Bassem Youssef’s show, the young Ahmed El-Zekairy and Youssef “Joe” Hussein created the Joe Tube channel, with over a million followers. Their shows mocked both Sisi, but also the Egyptian Mufti, for switching sides following Morsi’s ouster. The Jordanian website Al Hudood offers an outlet for political critique in Jordan and even the autocratic Saudi regime has tolerated the successful YouTube comedy LaYektar.

“The whole point of satire is to deliver an idea in a different way, if it’s too difficult or painful to say,” Hudood co-founder Isam Uraiqat told Middle East Eye. “We want to get people to re-see what’s happening around them.”

Items from the Archive 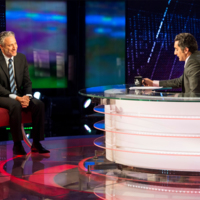 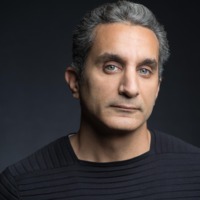 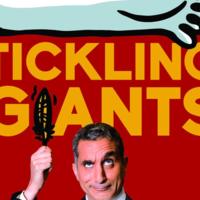 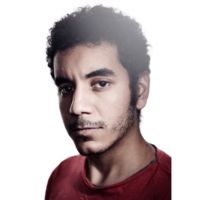 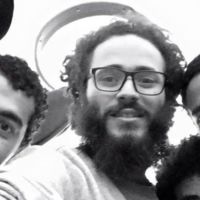 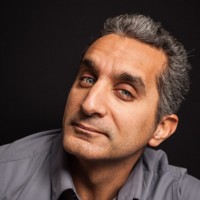 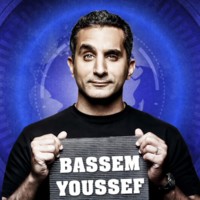 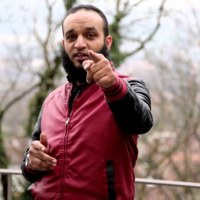 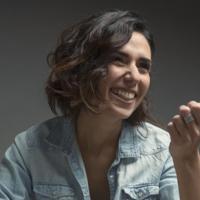 'On the Street' by Youssra El-Hawary 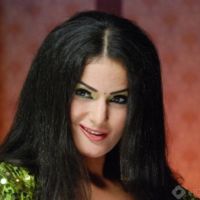 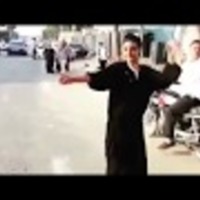 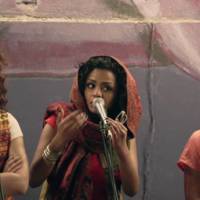