Popular culture and public space during the revolution

A number of scholars have drawn attention to the impact of the 25 January 2011 revolution on the re-shaping and re-organisation of public space in various Egyptian cities, especially Cairo, home to the iconic Tahrir Square (Abaza 2013 & 2014; Mehrez 2012; Tripp 2013, amongst others). For example, Charles Tripp argues that one of the most important features of the Arab uprisings in 2011 was the contestation over public space and its occupation. This was the way that the people were able to make their physical presence felt and to demand recognition for their rights (2013, p. 72). This occupation of public space by ordinary people after 25 January 2011 was particularly dramatic in light of the tight controls over public space that existed previously. For example, under the Egyptian emergency law, in place since 1981, public gatherings were subject to official permission (which was rarely given).

One of the most important aspects of the 2011 Egyptian revolution is that it broke out simultaneously in many cities and towns across Egypt. The revolution was not only happening on Tahrir Square, although we can never underestimate the powerful symbolism which the notion of Tahrir (Liberation) has created in people’s consciousness in Egypt and beyond. On 25 January 2011, the revolution was sparked when people in Cairo, Giza, Suez, Alexandria, Port Sa‘id, Ismail‘iyya, Mansoura, Mahalla, Arish, and many other Egyptian cities took to the streets to demand the resignation of the then Interior Minister Habib al-Adli. Egyptians across the country felt that their demands were geographically united, as reflected in the slogan: ‘Our demands are the same, from Alexandria to Aswan; freedom, freedom; from Arish to Alexandria, from Suez to Alexandria. Our demands are the same. Freedom, freedom.’ 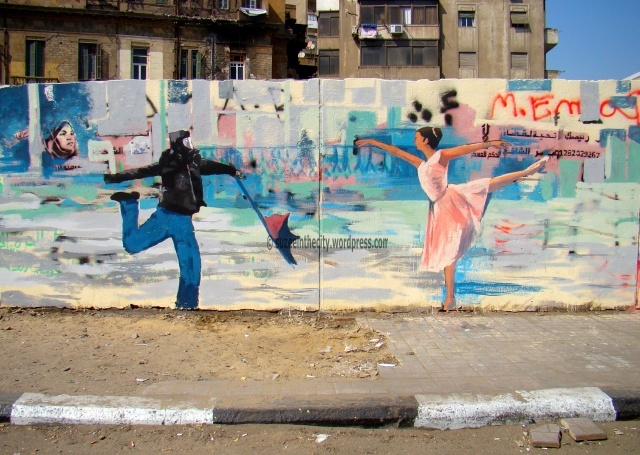 Hence, since its inception, the January revolution re-shaped public space when masses of people occupied streets and squares and imposed a radically different spatial map on the state institutions, particularly in the first 18 days of the revolution. There were many artists, singers, actors, graffiti painters and hundreds of thousands of activists on the streets and squares performing their arts. New bands formed during the early stage of the uprising and afterwards when people got together; a group of actors and photographers started a ‘people’s cinema’ on Tahrir Square and showed films and documentaries outdoors to the public; artists met each other for the first time and created joint works (for example the poet Mostafa Ibrahim and singer Mohammad Mohsen); and graffiti artists filled the walls with their paintings and murals, hence asserting their presence on the streets.

In retaliation, the state used various measures to reclaim this public space. For example, in Cairo, the army and police built concrete walls in various parts of the downtown area to block demonstrators from reaching the Interior Ministry, the Cabinet and Parliament buildings (all located close to Tahrir). Moreover, walls were built to block the streets leading to the British and American embassies (both located in Garden City, also close to Tahrir). Entrances to the huge square were closed to traffic when large million-man demonstrations took place, or when big groups of protesters staged sit-ins which continued for weeks (and sometimes months) to call for their demands to be fulfilled. This tug of war between the protesters and authorities over public space was also reflected in popular cultural outputs and graffiti. 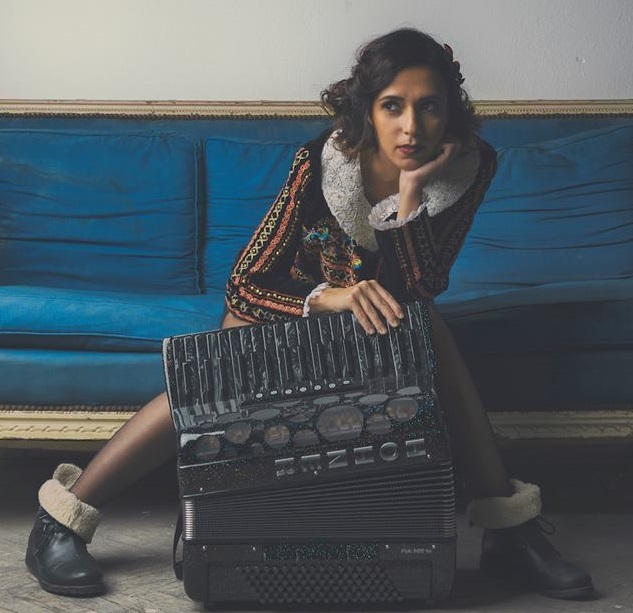 One satirical song which criticised the building of walls in the downtown area to block protesters from staging their protests in front of government buildings was Yossra al-Hawwary’s song ‘El Sour’ (The Wall), which became viral on social media. Al Hawwary, who writes, composes and sings her own lyrics whilst playing the accordion has become best known for this early song, where she visits the site of the walls close to Tahrir Square and uses humour and satire to proclaim that ‘in front of the wall/in front of those who built it/in front of those who built it high/an ordinary man stood there and pissed’. Al Hawwary continued to take part in the street protests and her songs reflected what was taking place on the ground. 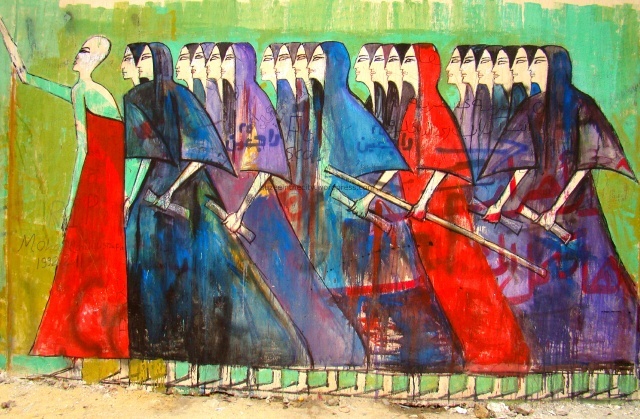 Furthermore, the graffiti murals and countless images which showcased on the walls of the American University in Cairo campus on Mohammad Mahmoud street, as well as the graffiti that filled the walls of the presidential Ittihadiyya palace in November-December 2012 (in the wake of then president Morsi’s declaration of unprecedented constitutional powers) were testament to how this form of street art transformed people’s perception of public space. With every attempt by the authorities to erase graffiti off the walls, the artists and painters would paint anew over and again. The walls of buildings became part of this struggle over public space between the activists and the authorities. Graffiti empowered Egyptians’ experiences of the revolution and documented the different phases of its events. It became a ‘dangerous’ form of art from the state’s point of view precisely because it was displayed and made publicly visible for all passers-by.

Since the control of public space is understood by the regime to be crucial for their overall control over society, they have ensured to close down the means to access public space since the July 2013 military coup. They have prohibited any forms of gatherings (whether political or artistic) on the streets. Experiments such as Fann El-Midan and the DCAF festival which began after 2011 and used public space as a venue for artistic performances and creativity, mainly in downtown Cairo, either ended or were forced to perform indoors (for example, in cinemas and theatres). The contestation over public space continues to produce much debate about the relationship between the people and the physical space of their cities and towns.

Butler, Judith (2011), ‘Bodies in Alliance and the Politics of the Street’. EIPCP (September). Available at: http://eipcp.net/transversal/1011/butler/en .

Tripp, Charles (2013), The Power and the People: Paths of Resistance in the Middle East. Cambridge: Cambridge University Press. 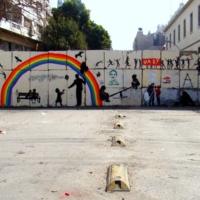 "Tomorrow and Yesterday" by Zeft 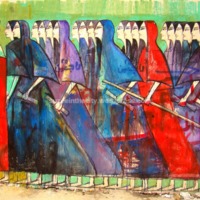 Blog: "Art on the Streets of Cairo" 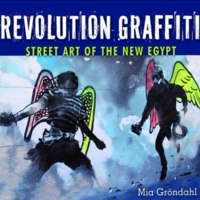 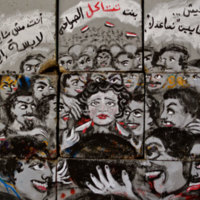 "Circle of Hell" by Mira Shihadeh

"The Wall" by Yossra el Hawwari 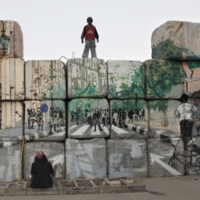 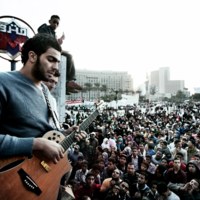 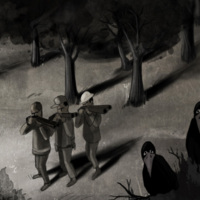 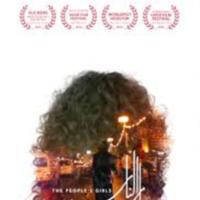 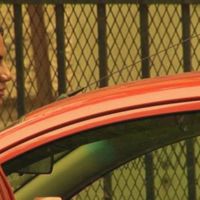 'In the Last Days of the City' 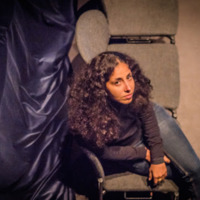