This film, released for the 2018 Eid holiday, smashed box office records in Egypt. The storyline revolves around a police officer, General Youssif Al-Masri, in Alexandria during the time of British colonial rule.
It stars Amir Karara, who also played a police officer in the widely-watched 2017 Ramadan series, 'Kalabsh' ('Handcuffs'). Karara's character seeks justice for the rape of an Egyptian girl at the hands of the son of a high-ranking British official.

Youssef El-Masri (Amir Karrara): “This officer will be detained along with Mark on the charge of assaulting an Egyptian officer”
Y.M: “General Adam can take them, but after their trail”
Voice off screen: “He can take them now…and from here”
Voice off screen: “You have one hour”
Young police officer: “Youssef Bey! The British army is moving towards the station!”
Voice off screen: “We’re at war”
Y.M: “Get everyone out of the station!”
Woman: “What’s going on??”
Elderly officer: “O God help us!”
Older man: “The dead can’t bring justice. Only the living can”
Y.M: “None of us will die today”
Officer: “Attack!”
-Woman screaming-
Women in crowd: “My brother!”
Woman: “Please sir, don’t come near the girl”
Older man: “Your mother is a friend of mine”
Y.M: “You have to know that death is close by” -Officers: “Yes sir!”
Y.M: “We could all die” –Officers: “Yes sir!”
Y.M: “And whoever enters here is dead!” –Officers: “Yes sir!”
Senior officer: “Guilty or not, Youssef?”
Y.M: “The war has begun” 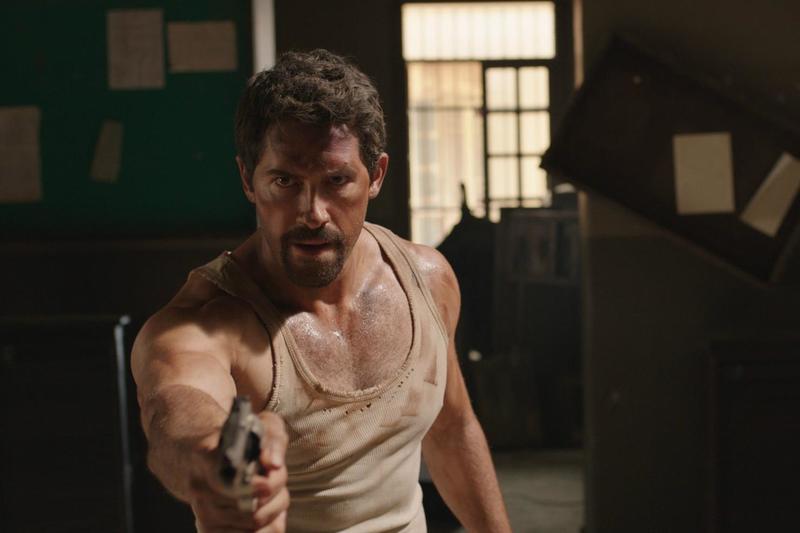