According to Ayman Massoud, a member of Massar Egbari, in a conversation in 2017, the song was made in 2014 but the video was made in 2016. "It is a song about living together, coexistence. It was a response to a song by Ali El-Hagar called ‘Ihna sha`ab, w-intu sha`ab’ [that is, 'we are one people and you are another people',] distinguishing between Egyptians and the Muslim Brotherhood. Our response was, ‘no! we have to live together’.
The video shows typical scenes of Egypt - the Nile, the pyramids of Giza, the countryside - ordinary Egyptian people, scenes from the 25 January 2011 revolution, particularly scenes of unity between Egyptians, as well as the aftermath of church bombings.

Massar Egbari, whose members are from Alexandria, was created in 2005. However, the band became very successful in the post-2011 period, which saw a flourishing of the independent music scene. They blend rock, jazz, blues and oriental music and their songs are mainly about social issues facing young people. They generally avoid being associated with particular political positions. Surprisingly for many of their fans, they recorded a song with Ahmed Sheba encouraging people to vote in the 2019 constitutional referendum. The referendum was contentious as it concerned extending the presidential term of Abdel-Fattah El-Sisi.

“O lord
bring the hearts together
put hands together
O lord,
Fix the rows
And confound the enemies
O lord,
Protect my country
For my children and my children’s children
Let peace fill the streets
And kindness ring out

O lord
Let love float
We’ll open the windows for it
Heal the wounds
In hearts that have no hope without you
O lord,
Protect my country
For my children and my children’s children
Let peace fill the streets
And kindness ring out 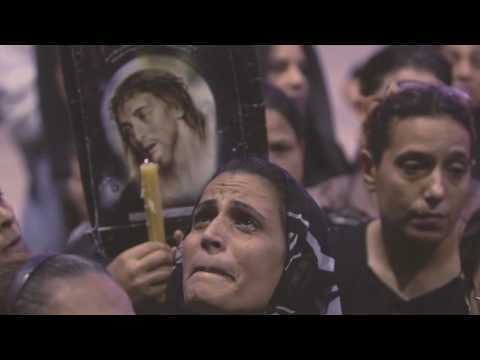